even
the longest kiss

does not stretch into

and you can hold my hand...

there's a Larger Love to feel

the moment we say

I have ripped open my secrets

The clearer my heart

the higher they fly.
Posted by Mariel at 8:57 AM No comments:

I shook out my pockets
of the confetti of clutter

but the Days Before
would simply not rest!

what would it be like to wake up fresh?
Posted by Mariel at 11:23 PM No comments:

you said everything
except

what you really meant.

in sleep tonight,
I'll look between your breaths

for secrets buried
in nighttime's chest.
Posted by Mariel at 11:20 PM No comments:

but behind each letter
are all the other
h's e's, l's and o's

too stubborn to be sent.

pretending not to care is THICK.
Posted by Mariel at 11:18 PM No comments:

Posted by Mariel at 9:19 PM No comments:

the longest song in the world

For your birthday--
what if
I tried to write you
the longest song in the world!

what if I kept writing till I filled my entire house with paper.
there'd be no more room to walk!
My roommates would be sleeping on the porch!

What if all the music started blowing out the windows
and birds caught sheets beneath their wings.

They'd all gather on a cloud
and together start to sing!

One by one, they'd come back down to land
and share your birthday song with the world.

And on a special morning, you'd wake up to a robin outside your window
and in that moment
you'd know...
that the world is happy you were born!

-------
But what if I wanted to write you the world's longest song--that stretched across the country.
I would fill up 5 socks with white flour, cut a tiny

hole in each sock,
attach them each to a string,
and as I traveled a musical staff would form under my feet!
and I would use a huge tube of icing (in a squeezy tube) to write the notes. 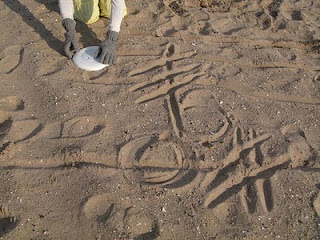 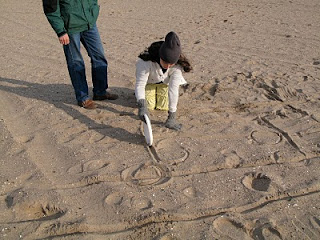 So, I'd start walking across the country with the 5 socks of flour attached to a string,
and a huge tube of icing that I'm squeezing with my teeth.

And who would play it?

Well, a marching band of course.

And behind the marching band would be an army of ants
eating every note that was just played.

What if...
the music staff caused unexpected plants to sprout--
so coming out of the music, there'd be tulips, artichokes, and sunflowers
looking just like colorful notes!

So suddenly, notes would be played that we've never heard before.

MAYBE
it would be SUCH a special song
that
you wouldn't even need a marching band at all--
but whoever walked beside it
could hear it!

WAIT.
back to the ANTS.
(that were eating the icing-notes behind the band)

WHAT IF...
once they ate the notes, they still carried that particular note in their belly!

So, you'd have thousands of ants around the country
carrying pieces of your song.

The ants would colonize and rearrange
and all the while
new melodies would play!

So, in MANY years from now,

EVERY belly
would be playing

Musicians and ipods would lose their jobs
because everytime people would unite,
you'd have a song!

School, or work (or other very serious places)
would turn into a non-stop dance session!

That would be the end of intellectual conversation!

And WARS would become an enormous line dance.

The music would make us forget about EVERYTHING ELSE.

and ALL this
because one beautiful person was born?
------